A summer classic of corn on the cob is the perfect side dish for any grill-out, potluck, or family meal. There’s no need to heat up the kitchen even more by boiling sweet corn on the stovetop because we have a fail-proof method that’s quick and easy! Our recipe for Instant Pot Corn on the Cob will give you tender and sweet corn each and every time. With only 5 minutes to pressure cook, you’ll be sinking your teeth into that classic summer side dish in record-breaking time.

Corn on the Cob in the Instant Pot

For years, we’ve made our corn on the cob by boiling the ears in a pot of water or grilling the corn on the cob. Our minds are blown away with this new method of making sweet corn, it’s quick, easy, and ultimately fail-proof. A quick pressure cooking time yields results in juicy, tender corn on the cob with kernels that pop with juice and flavor as you sink your teeth into each bite. With only 2 ingredients (corn on the cob and water), you’ll be adding corn on the cob to your menu many times this summer. 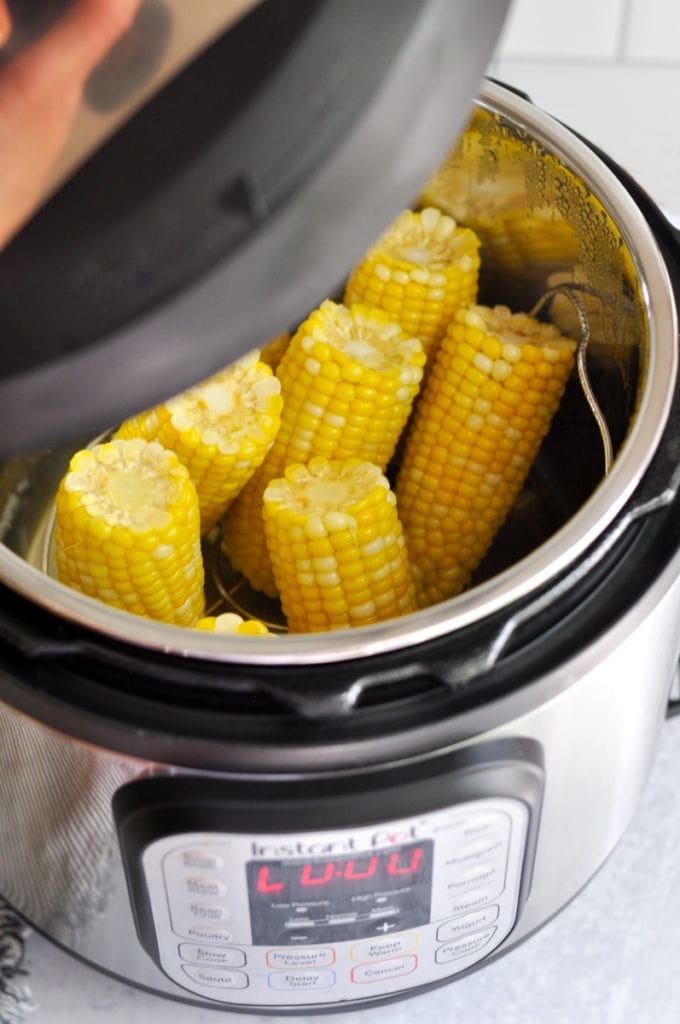 Corn on the Cob

Corn on the cob is one of the freshest ways to enjoy this vegetable. It comes straight from the field, still wrapped in its green husk encased with smooth silk protecting the golden yellow kernels. Grab a few ears of corn and shuck the husk off, remove the silk, and cut the ends off to get it ready for a quick steam under pressure in the Instant Pot. Freshly cooked corn on the cob is a great addition to many sides and salads like our Grilled Corn Salad with Blackberries or Creamy BBQ Chicken Salad or as a topping for burrito bowls made with our beloved Instant Pot Beef Barbacoa. 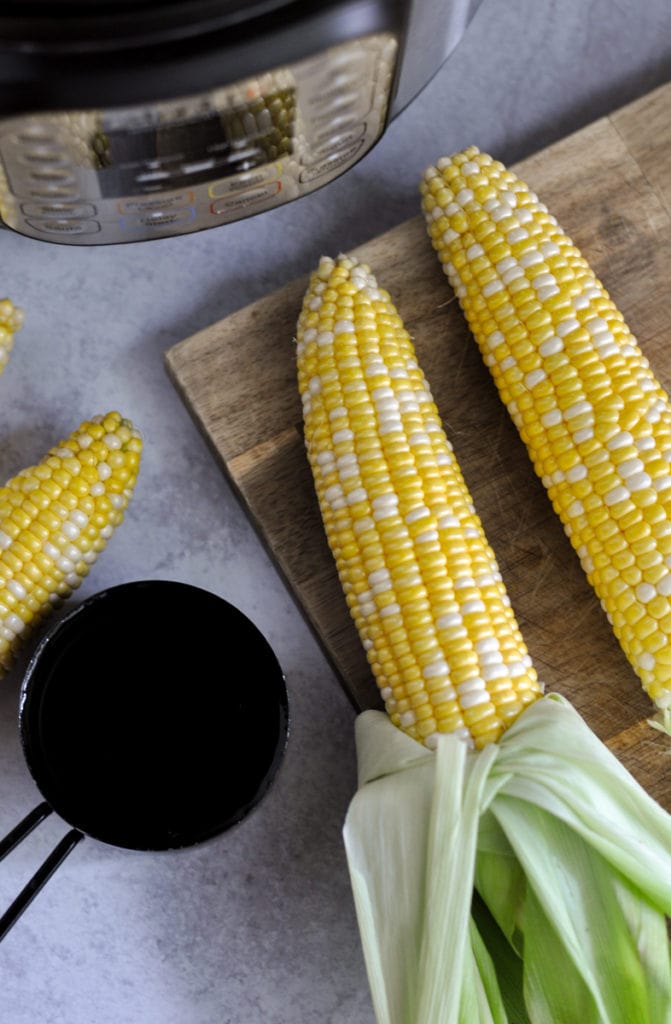 What you’ll need for Instant Pot Corn on the Cob

Instant Pot Corn on the Cob is one of the easiest sides you’ll make this summer!  All you need are:

How to make Corn on the Cob in the Instant Pot

How to choose the best corn on the cob

The best corn on the cob starts with, well, the best and freshest corn. Follow these tips to help you choose corn like pro:

How to serve corn on the cob

We love keeping this vegetable side dish simple to let the delicate and sweet flavor of the corn shine through! After the corn on the cob in the Instant Pot has been fully cooked, remove it from the pot, place it on a platter, and melt a little butter (ghee or vegan butter also works well) over each cob.  All you need now is a sprinkle of salt and pepper and they’re ready for serving! A few other ways to enjoy corn on the cob: 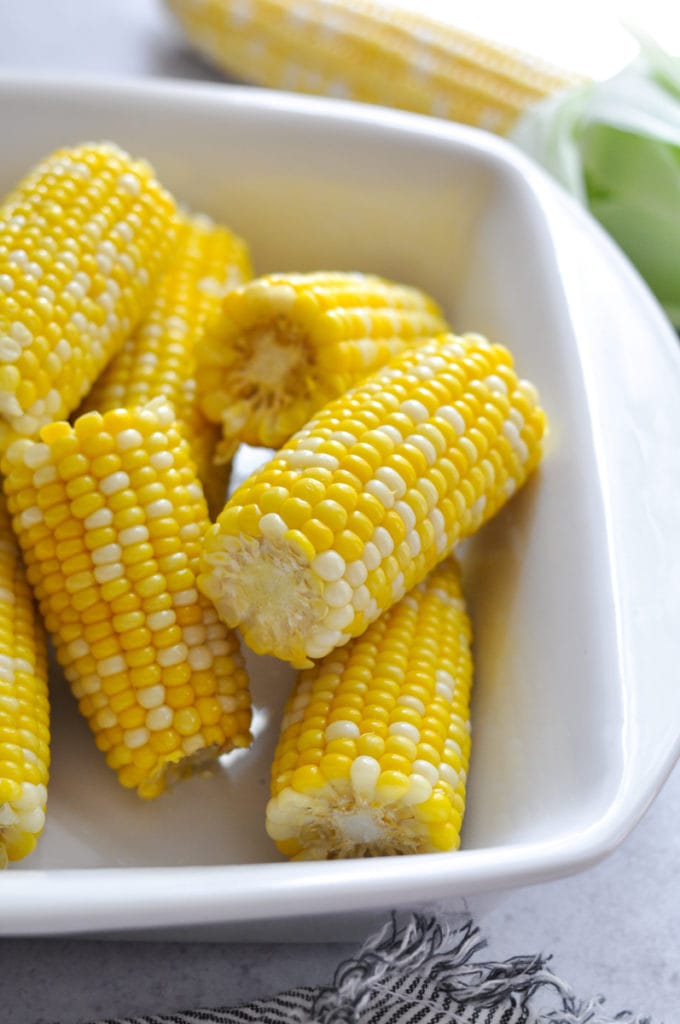 How to store cooked corn on the cob

Cooked corn on the cob can be stored in an airtight container (these large stand-up reusable silicone bags are great for this) for up to 4 days after initial cooking. To reheat, simply place the corn on the cob in a bowl with liquid (enough to cover the bottom of the bowl) and heat on high for 30-45 second increments until heated through. Or place the desired number of ears back in the Instant Pot on the trivet, with a cup of water in the bottom, and cook on high pressure for 2 minutes. Quick release the steam, remove the lid and enjoy.

What to Serve with Instant Pot Corn on the Cob

With the very sweetest of corn being readily available at the height of summer, we’re sharing a few backyard grill-out recipes that pair PERFECTLY with this Instant Pot Corn on the Cob. 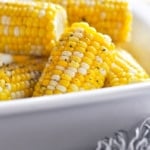 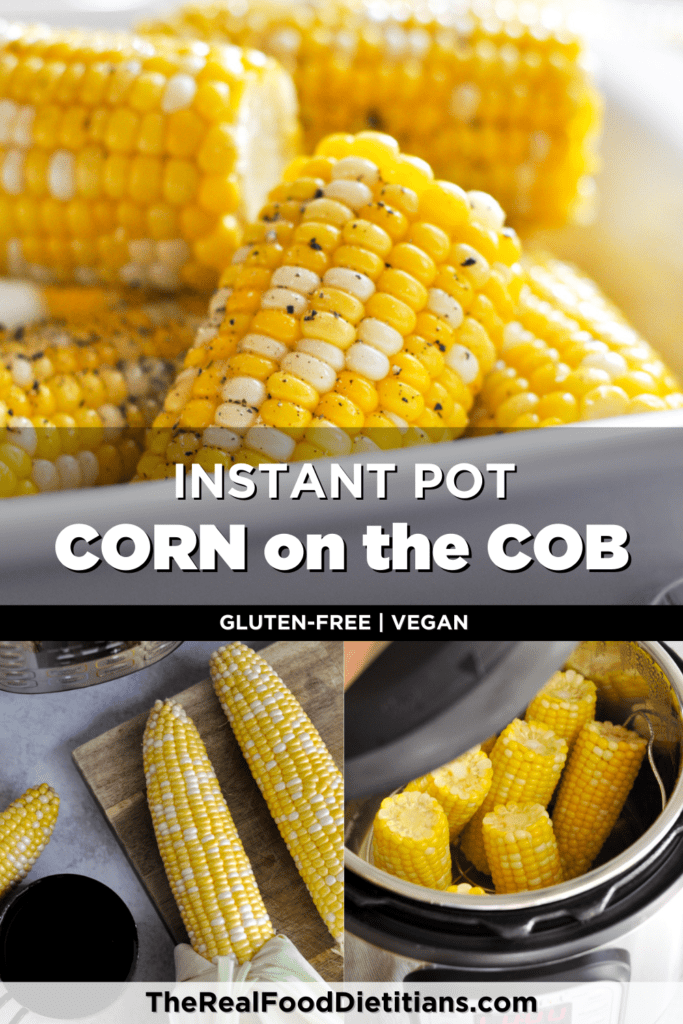 Jessica is a Registered Dietitian Nutritionist living in Boulder, CO with her husband and two daughters. She’s been described as a ‘real food evangelist’ and loves sharing her knowledge with others to help them break free of the diet mentality and find their own food freedom. In her spare time, she enjoys CrossFit, telemark skiing, mountain biking, and camping out under the stars.

For healthy cooking despite a chaotic schedule; for a stress-free feast; for something simply delicious—you need a slow cooker. This amazing little kitchen appliance can create Nutrisystem-approved meals and healthy…

13 Arugula Recipes to Get in Your Greens

10 Tips for a Stress-Free New Year